How to find your downloads on iPhone 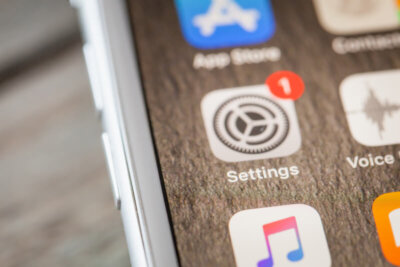 A lot of people who are new to iPhone’s usually wonder where their downloaded files ever go because they can’t find any downloads folder. This has led to most people concluding that there’s no way to get to see your downloads at all in iPhone. However, nothing can be further from the truth. iPhone works differently than other platforms such as Android and Windows. So, if you look for an iPhone download folder in your phone as is the case with the other platforms, you will not find it. This is because a different method is used by iPhone. If you want to know how to access your downloaded files, the following information will come in handy:

Where Do iPhone Downloads Go?

As we’ve stated earlier, there’s no iPhone download folder in your iPhone. The way it’s designed is actually a great feature in iOS. Rather than going to a specific location, the iPhone has the ability to detect the file type. Once it does, the download is then saved into the app that is associated with it. For instance, if your file is a picture, it’s automatically sent and saved to the app of photos. Similarly, if it’s a word document, it will be saved to the app on your phone known as the word processor.

Tips for find downloads on iPhone

For the older versions of iOS, finding the file downloads is relatively easy. But for the newer iPhones, you won’t know where they are saved. Therefore, some basic knowledge is vital for knowing how the files are saved and being able to access them. The following 5 tips will help you get the gist of how and where to find your iPhone downloads:

Generally, the Music App will store the songs that you’ve purchased, the Photos App stores your pictures and the PDF documents are stored in the iBook App. There are also certain types of files that are saved to iCloud. This means that they are stored in the iCloud and you can view them on your phone using the iCloud app. Alternatively, they can be viewed at iCloud.com using a web browser on the computer.

2. Use a file management app

There are a number of file management apps that can be found in AppStore that allow for viewing and accessing all downloaded files in a single place. However, a good number of these apps need to be purchased once or even require either annual or monthly subscriptions. So, if you really want to see your downloaded files, you can use any of the apps.

There are certain apps that often record a person’s download history. You can visit such an app to have a look at all the downloads in the app. However, the download list feature is not available in most apps.

The iOS 11 app is a files app that’s relatively new. Though it’s still being tested in the beta stages, it’s expected to improve as time goes. In essence, the iOS 11 app is a file managing app. With it, you can view the files you’ve downloaded and saved on your phone as well as on the iCloud.

5. Use a file browsing software

There is certain iOS software that is desktop-based for accessing iOS files system but in folders. These iOS managers have access to app data, pictures and PDFs as well as media files.

That’s it. If you didn’t know that the iPhone download folder doesn’t exist and had been wondering how to view your files, these ways will hopefully be helpful to you. Try them out to find and view your downloads.